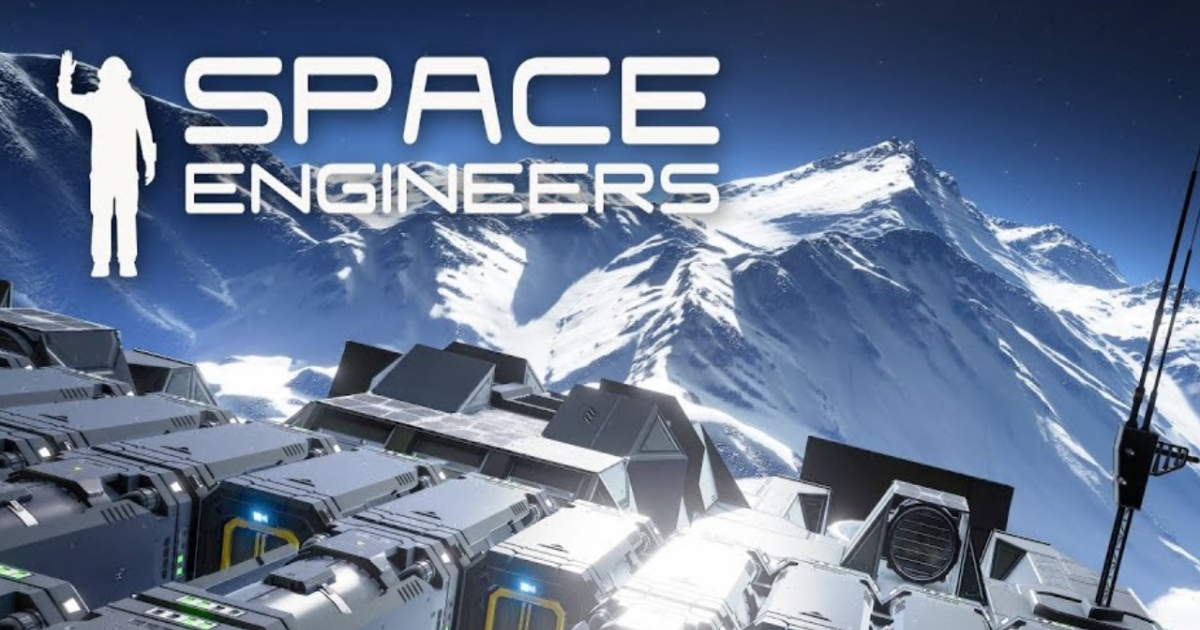 Space Engineers is a sandbox game about engineering, construction, exploration and survival in space and on planets. Players build space ships, space stations, planetary outposts of various sizes and uses, pilot ships and travel through space to explore planets and gather resources to survive.

Space Engineers is a voxel-based sandbox game set in space and on planets. It was developed and published by Czech Republic independent developer Keen Software House. In 2013, the initial developmental release of the game joined the Steam early access program. During the following years of active development, Space Engineers sold over one million units. In total as of 2019 the game has sold over 3.5 million copies[3][4] In May of 2015, for approximately a year and a half, the game's source code was officially available and maintained by KSH to assist the modding community.[5][6] On December 15, 2016, the game entered Beta and was later officially released on February 28, 2019.

Gameplay of Space Engineers begins with the player selecting or joining a world with specific settings, such as the number of asteroids and the available starting equipment. When creating or editing a world, several advanced options are available to change how the player will interact with the world, and how the worlds will appear. This includes changing the speed with which several tools and machines will work, the size of the player's inventory, and whether procedural generation will be used (effectively making the world infinite). Upon confirming the world settings, a loading screen appears while the world is generated. This screen consists of a random in-game screenshot as a backdrop, the game's logo, an animated loading icon, and a randomly selected message at the center. The message may be either a helpful gameplay hint, or one of many quotations concerning space, science, and/or engineering. Many of these quotes are from notable scientists such as Isaac Newton, Galileo Galilei, Albert Einstein, as well as authors such as Arthur C. Clarke.

Once in-game, the player is given control of a single astronaut (referred to as a "Space Engineer") and a set of tools comprising a drill, a welder, and a grinder (if spawn with tools is on). Construction begins by choosing any block from the Engineer's inventory, and placing it anywhere in open space to create a new voxel grid. Additional blocks can then be added to this grid to create a structure.

Each block takes up a different amount of space, and can serve a structural, functional, interactive, and/or aesthetic purpose. Armor blocks, the most basic and common of all blocks, can be realistically damaged and deformed through collisions or the use of weapons.[7][8] Some blocks have attached keypads, which can be used to view and manipulate the status of other specific blocks attached to the structure. To be functionally connected however, and to transport materials, blocks called "conveyors" must be used to connect the desired machines. "Functional" blocks require power, which can be provided by solar panels or nuclear reactors attached to the same structure. While reactors must be supplied with uranium, and produce large amounts of power while active, solar panels will continually produce a low output of power when there is line-of-sight to the sun. Once being produced, power is automatically distributed throughout the entire structure and can also be stored in batteries.

Three types of structures are available: small ships, large ships, and stations. The player can toggle between placing small and large block sizes; placing a small variant of a block will create a small ship, while placing a large variant will create a large ship. If a large block is placed in such a way that it intersects terrain voxels (such as an asteroid or planetary surface), a station is created instead. Stations use the same blocks as large ships, and can be converted into large ships by disconnecting them from the terrain (though a world setting can be changed to permit unanchored stations).

The size, resource requirements, and availability of blocks depends on the type of structure they are attached to. Small ships do not allow "large" blocks such as assemblers or refineries, whereas large ships and stations cannot use gatling guns, instead using AI-controlled gatling or missile turrets. Blocks attached to a small ship are considerably smaller and require fewer resources than those attached to large ships or stations (for example, light armor requires 25 steel plates on a station, but only one on a small ship).

Ships can be deliberately moved and rotated by a player as long as they are powered and have at least one gyroscope, thruster, and cockpit. To be able to move in any direction and then be able to stop effectively via inertia dampeners, thrusters must be placed on the structure facing up, down, forward, backward, left, and right. More gyroscopes on a ship will increase the ships ability to rotate in space, but in order for the inertial dampeners to be more effective, more thrusters must be added in each direction in which dampening is required.

Astronauts floating in space are able to move forward, backward, upwards, downwards, left, or right without restriction by using a jetpack. They are also able to rotate clockwise or counterclockwise. Astronauts and structures can also enable or disable inertial dampeners, which automatically attempt to reduce speed to zero when force is not being applied, and the required thrusters are installed.

If the player disables their jetpack within a gravitational field (either on the surface of a planet or a structure/asteroid with a gravity generator), movement is restricted to a plane perpendicular to the direction of the net gravity field(s). Vertical viewing angle is also restricted between −90 and 90 degrees, as in most first-person shooters. Ships and structures are unaffected by gravity generators unless equipped with at least one Artificial Mass block. If the player falls off a structure while within a gravity field, they will fall into space until out of range of the gravity generator, at which point the player's jetpack will automatically enable itself. However, if the player touches their feet to an asteroid or structure with no gravity present, their "mag-boots" will enable them to walk across its surface and even around edges; though jumping will disconnect the player from the surface, and they cannot traverse the 90-degree angle between a floor and wall.

Several types of cargo ships can spawn randomly and fly through the world, which can be hijacked by the player or harvested for components. Some of these cargo ships are booby trapped to explode when the player attempts to commandeer them, and are sometimes armed with hostile gatling or missile turrets.

All place-able objects can be colored prior to placement using a slider-based GUI. The player can manipulate the hue, saturation, and value of the color to produce a very large spectrum of colors. There are 14 slots where new colors can be saved for later use within the same world. Colors can also be changed after blocks have been placed by clicking the middle mouse button while hovering over a block on the "Color Picker" GUI.

Asteroids and planets are currently fixed in space and cannot move, however rocks/minerals that have been mined are subject to gravity and will react accordingly. Asteroids also do not currently have gravity associated with them, and can come in several basic forms including spherical, torus, and rod-shapes, as well other variations or combinations of these.